SFA will assess the possible impacts in the next PGM Quarterly price risk outlook report.

Russia is the largest producer of palladium with refined output predicted to be 2.7 moz this year (38% of global primary production). The majority of the PGM production comes from Nornickel with a small amount of platinum from West Kytlim (4 koz) as alluvial sources have depleted. Nornickel’s mines are in the Kola and Taimyr peninsulas. The processing route takes some of the nickel matte to the Harjavalta refinery in Finland. The PGM concentrates remain in Russia and are refined by Krastsvetmet (Krasnoyarsk refinery). Russia is also a small, but still important, source of minor PGMs.
Russian production forecast in 2022 (% of global primary supply):

The palladium price has surged on concerns around Russian supply. Given Russian actions in Ukraine, the worry is that sanctions could curb PGM availability. So far in response to Russia’s invasion of Ukraine, US and European sanctions have targeted financial institutions, defense and technology companies, and people in government and close to Putin. Energy companies have been banned from raising capital in the US and UK, but their products have not been targeted. Neither Nornickel, nor PGMs, have been targeted by sanctions previously, and currently there is no suggestion that they would be included in any further sanctions. If they were targeted, short term disruption to supply could occur, which would push PGM prices higher. However, it seems unlikely that sanctions would ultimately prevent the metal from leaving the country. Exports to China would likely still be possible, and China uses more PGMs than Russia produces (~3.2 moz of palladium, ~2.5 moz of platinum and ~370 koz of rhodium).

The UK is the largest recipient of platinum exported from Russia, receiving 744 koz in 2021 out of 1.2 moz recorded exports last year. The UK has received the majority of Russian platinum exports since 2017.

In 2021, the UK was also the largest recipient of palladium exports from Russia, receiving 795 koz out of 3.2 moz recorded exports. Last year, the US was in second place taking 716 koz of the exported palladium (22%). In 2020, the US was the largest recipient, receiving 782 koz (27%), with the UK in second place at 674 koz. Prior to Covid and the semiconductor chip problems, which cut light vehicle production and palladium demand, the US took around a third of Russian palladium exports (800 - 1,000 koz) each year.

The US and EU are the main destinations for Russian rhodium.

The US is close to self-sufficiency in PGMs when recycling is taken into account. The combination of production from Stillwater and recycling would cover palladium and rhodium demand, but might fall short of platinum demand.

The EU needs to import PGMs. In the EU, there is little primary PGM production and recycling covers less than 30% of palladium demand, less than 40% of platinum demand, and less than 25% of rhodium demand.

Automakers have plants and significant light vehicle sales in Russia. Renault Group, Volkswagen Group and Stellantis along with other European automakers operate assembly factories in Russia and have significant sales there.
Renault Group has a controlling stake in AvtoVAZ, maker of Lada. Russia is the group's second-largest market after France. Renault has an assembly plant near Moscow and the AvtoVAZ factory in Togliatti.

VW Group and Stellantis, both have factories in Kaluga, about 180 km southwest of Moscow, which has become a center of the Russian auto industry. Suppliers to the automakers in the area include Continental, Magna International and Visteon.

VW Group's plant builds the VW Tiguan SUV and Polo small car, as well as the Skoda Rapid compact sedan. It also builds engines and assembles Audi Q7 and Q8 SUVs from semi-knockdown kits. Total production in 2021 was 118,000 vehicles; engine capacity is 150,000 units a year. The automaker also has an assembly agreement with GAZ to build VW and Skoda models at the contract manufacturer's factory in Nizhny Novgorod. Between 10% and 20% of parts that go to AvtoVAZ are imported, while Renault’s Moscow plant uses 30-40% imported parts.

Stellantis operates a factory in Kaluga in a joint venture with Mitsubishi Motors. Just last month Stellantis announced it would begin exporting vans built at the factory to Europe. The plant began building vans in 2017 for the former PSA Group, which merged with Fiat Chrysler Automobiles in 2021 to form Stellantis. The factory currently assembles vans for Peugeot, Citroen and Opel.

Mercedes-Benz, has a factory northwest of Moscow that builds the E-Class sedan and SUV models which opened in April 2019.

BMW has had semi-knockdown kits assembled at a factory run by Russia's Avtotor in Kaliningrad since 1999. Plans for a full assembly factory were scrapped in 2020.

Ford Motor, which was the first international automaker to launch vehicle assembly in Russia, opening a factory in St. Petersburg in 2002, exited the Russian passenger car market in 2019. It continues to assemble vans with a Russian partner, Sollers, in Elabuga.

The Russian auto market was up 4.3 percent in 2021 to 1.66 million units, according to the AEB trade group. Five of the top ten selling cars were Renault Group products, including the number one Lada Vesta, with 113,698 sales. Of the top 25-sellers in the country, twelve were from the Renault-Nissan alliance, six were from Hyundai-Kia and four were from VW Group.

In the US, high gasoline prices have resulted in consumers shifting to more efficient cars from trucks. From 2008 to 2014 gasoline prices above $3.50/gallon were enough to cause a modest shift back to passenger cars from less fuel-efficient SUVs and trucks. Subsequently, sales overall shifted more to SUVs and trucks over cars, but despite that the impact of higher gasoline prices appears to have waned. With the chip shortage skewing vehicle production and availability, it may be difficult for significant numbers of price conscious consumers to make the switch back to cars right now. 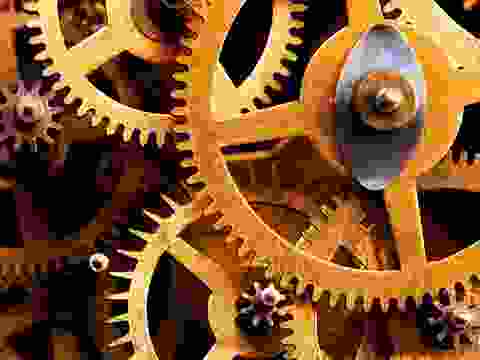 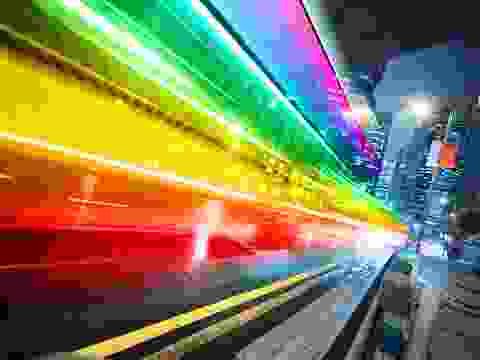 SFA (Oxford) Limited has made all reasonable efforts to ensure that the sources of the information provided in this document are reliable and the data reproduced are accurate at the time of writing. The analysis and opinions set out in the document constitute a judgement as of the date of the document and are subject to change without notice. Therefore, SFA cannot warrant the accuracy and completeness of the data and analysis contained in this document. SFA cannot be held responsible for any inadvertent and occasional error or lack of accuracy or correctness. SFA accepts no liability for any direct, special, indirect or consequential losses or damages, or any other losses or damages of whatsoever kind, resulting from whatever cause through the use of or reliance on any information contained in the report. The material contained herewith has no regard to the specific investment objectives, financial situation or particular need of any specific recipient or organisation. It is not to be construed as a solicitation or an offer to buy or sell any commodities, securities or related financial instruments. The recipient acknowledges that SFA is not authorised by the Financial Conduct Authority to give investment advice. The report is not to be construed as advice to the recipient or any other person as to the merits of entering into any particular investment. In taking any decision as to whether or not to make investments, the recipient and/or any other person must have regard to all sources of information available to him. This report is being supplied to the recipient only, on the basis that the recipient is reasonably believed to be such a person as is described in Article 19 (Investment professionals) or Article 49 (High net worth companies, unincorporated associations etc.) of the Financial Services and Markets Act 2000 (Financial Promotion) Order 2005.

© Copyright reserved. All copyright and other intellectual property rights in any and all reports produced from time to time remain the property of SFA and no person other than SFA shall be entitled to register any intellectual property rights in any report or claim any such right in the reports or the information or data on the basis of which such reports are produced. No part of any report may be reproduced or distributed in any manner without written permission of SFA. SFA specifically prohibits the redistribution of this document, via the internet or otherwise, to non-professional or private investors and accepts no liability whatsoever for the actions of third parties in reliance on this report.

Brought to you by